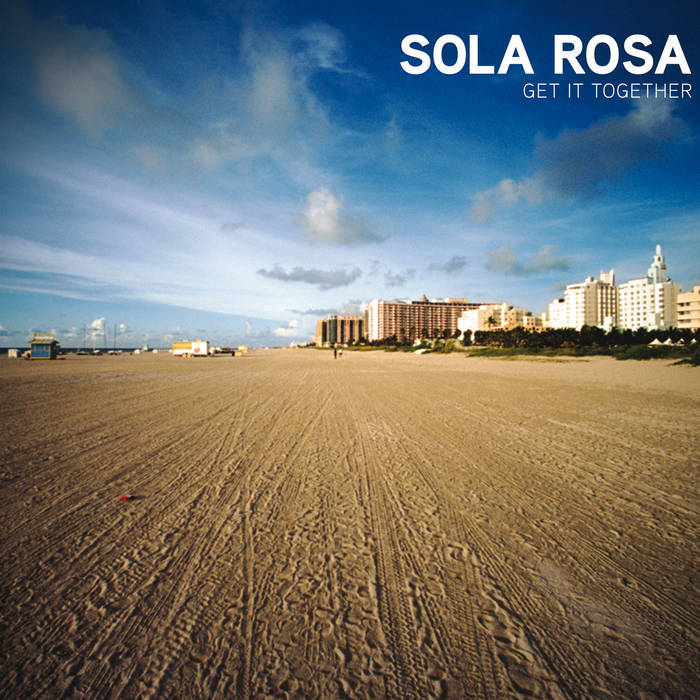 Philippe Tremblay grooviness from NZ... what's not to like? Favorite track: Del Ray.

Laxxor Fantasic sound for the summer, late nights, or for grasping at warmer times as the cold nights draw in. Best served with one of what ever you are drinking. Favorite track: Del Ray.

Get It Together – Press Quotes

"Sola Rosa have come up with a gem of a tune here [Turn Around]... Reminiscent of some of Mr. Scruff's recent work, this is sure to be a killer on the dancefloor"
- Piccadilly Records (UK) (Apr 25, 2009)

"The sheer musical diversity (and channeled energy) here lifts this one well above the pack"
- Graham Reid, Elsewhere (Apr 14, 2009)

"Its hard to find fault with this album (Get It Together)... and if you've got a smidgeon of soul or an element of electronica in your musical being, seek this album out. **** Stars"
- Jeff Neems, Waikato Times (Apr 09, 2009)

"Andrew Spraggon is certainly one "together" dude. The master manipulator behind Sola Rosa can take a rhythmic idea.. and create something that is funky and sensual without overstretching itself. **** Stars"
- Mike Alexander, Sunday Star Times (Apr 12, 2009)

"Sola Rosa needed to produce something special to confirm their point of difference, and they have delivered with this session of solid soul-funk"
- Peter Thornton, Rip It Up (Apr 01, 2009)

"Get it Together is one of those times when all the ingredients, from all over the world, just fit... well... together. Nice. **** Stars"
- Malcom, Bullet Mag

"There is something irresistibly funky about this album... Get It Together is a very cool album, in every possible sense of the word. "
- lukefitzmaurice., music.net.nz